Home Informations Character and features of the long-haired Chihuahua 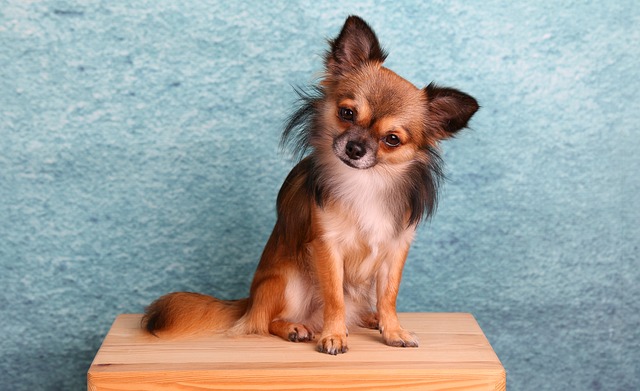 The long-haired Chihuahua does not represent a sub-race in itself, but only an expression widespread in recent years to identify this variety, because from the point of view of the recognition and from the standard of the breed this name is not defined.
In the commercial field it is also possible to meet similar expressions such as mini-toys, t-cup, etc. which belong more than anything else, as already mentioned, to various trends.
Its origin is relatively recent and has been specially created by specialized breeding, crossing the short-haired breed with other small dogs like the Pekingese or Yorkshire.

Subsequently the purity of the race was maintained and the crossings were limited as far as possible, and now they have taken the next attention not to mix the lines, so the long-haired or short-haired Chihuahuas are considered of the same race.
The Chihuahua is probably the smallest dog in the world and originated from the canine breeds of the homonymous Mexican State, where they selected both the short-haired and the long-haired breeds. In both cases the body structure is still very robust, strong and compact, giving a good overall physical resistance. Even the movement is agile and fast, not at all awkward, as always well erected and composed.
However, it is important to pay close attention to the Chihuahua’s diet, since even a small excess of weight can lead to various problems of the musculoskeletal system. The average weight of Chihuahua is defined within the range between 1.5 Kg and 3 Kg /3.3 to 6.6 lb.

Characteristics of the long-haired Chihuahua.

The hair should be longer on the ears, on the anterior portion of the legs and also on the back portions such as the tail and the femoral area. You cannot miss also the typical longer hair collar around the base of the neck.
Moreover, the hair itself must be thinner, silky, and it may appear smooth or slightly wavy.
Certainly the long-haired Chihuahua will require a little more care than the short-haired one, since it will be brushed more often and maybe treated with specific products and sometimes slightly more expensive. Also here we find all kinds of color.
The head has the typical rounded shape like “apple”, with the forehead just pronounced and directly connected with the muzzle, which often has a slightly pointed and short shape.

The small jaws close like a scissors and have sharp teeth but easily susceptible to pathologies if they are neglected by the owner. The eyes are large and round, sometimes slightly protruding and very expressive.
The ears are placed at the sides of the head and are large and erect, but with a rounded top. In the long-haired variety of Chihuahua, ears along with the neck and the back of the limbs and the tail are fringed. 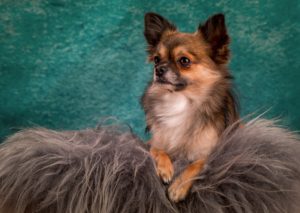 Origin of the long-haired chihuahua.

Its origin is relatively recent and was created ad hoc by specialized breeders, crossing the short-haired breed with other small dogs such as the Pekingese or Yorkshire.

Subsequently the purity of the breed was maintained and to limit the crossings as much as possible, and now the subsequent attention is seen not to mix the descendants, the long or short haired Chihuahuas are considered to be of the same breed.

The Chihuahua is probably the smallest dog in the world and originated from canine farms in the Mexican state of the same name, where they selected both short and long-haired breeds. In both cases the body structure is still very robust, strong and compact, giving a good overall physical resistance. The movement is also agile and fast, not at all clumsy, as it is always well erect and composed.

If you want to learn more about this topic you can read this article: history and origins of the chihuahua.

The Character of a Long-haired Chihuahua.

The character of the Chihuahua is very lively and energetic, as well as particularly affectionate with the owner and with the other members of the family, with whom he establishes a strong social relationship if he is taken as a puppy.
For these prerogatives, the Chihuahua is an excellent pet that loves the game, but he can be very possessive and territorial towards the strangers.

These are dogs of a Mexican origin (according to one of the most accredited theories: History of Chihuahua) with a lively and combative character. In fact, sometimes they can also be a little stubborn, but you can still love them anyway.
The widespread idea of an excessively loud and overpowering dog derives essentially from the cases of poor management of this animal, in which it was not possible to establish a balanced hierarchical relationship, allowing the Chihuahua to “believe” of being the pack leader.
If well educated, in fact, this dog retains an absolutely peaceful and calm nature, being able to coexist well with cats and other domestic animals in the same environment of home. The long-haired variety, usually smooth or slightly wavy, is much appreciated for its softness and can be of any color and shade.

Chihuahuas are still very proud dogs of character and expect to always receive respect from both the other dogs and their master. 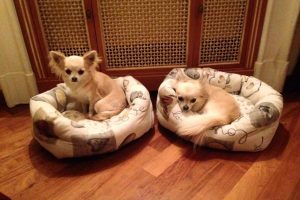 How to take care of the coat of the Long-haired Chihuahua.

Taking care of the long-haired Chihuahua coat is very important, especially in order to ensure the dog always looks good, healthy and in order. The long-haired Chihuahua should be brushed regularly so as to eliminate knots and other elements that could also annoy the dog. The brushing of this dog should be done at least once or twice a week, using a special brush made of natural fibers that cannot damage the delicate skin of the dog.

You can also use brushes with metal bristles, but they will always be handled with care. To remove the dead hair that may remain even after brushing you can use the appropriate flea comb, and to ensure a luster of the hair and its continued health you can opt for a professional grooming at least four times a year, unless the dog does not get dirty: in this case it will be necessary to wash it more frequently.

To bathe your Long-haired Chihuahua you will need to use appropriate products for dogs, avoiding to opt for a shampoo dedicated to humans. The water must always be lukewarm and it will be necessary to avoid letting too much liquid go towards the muzzle of the animal.
After washing it is recommended to always carefully dry the dog: you can use a clean towel and you can move gently to remove excess water.

In fact, leaving the long-haired Chihuahua with a wet body could cause some illnesses typical of this type of dog.
Finally, following the instructions of the vet, it will also be good to do the cleaning of the eyes, a peculiar characteristic of this dog, and also the ears. There are specific products through which successfully perform this type of cleaning without damaging the sensory organs of your little four-legged friend.

For more information: Bathroom & Hygiene of Chihuahua, Guide and Advices.

However, it is important to pay close attention to the Chihuahua’s diet, as even a small excess of weight can lead to various problems with the musculoskeletal system. the average weight of the Chihuahua is defined within the range between 1.5 kg and 3 kg.

To learn more about the nutrition of your small dog, you can read this article: Chihuahua nutrition

The Price for the Longhaired Chihuahua.

The price of these puppies from farms recognized by associations such as the ENCI and with pedigree can range from 700 to 1200, according to the standard of the dog.
We advise you to carefully check ads that show lower prices, because the puppies could come from abusive breeding that do not respect and protect the health of the dog.

When does a Chihuahua’s coat stop growing?

The coat of a long hair reaches its complete maturity both in length and in color between 12 and 36 months. The evolution of the hair in these months varies a lot based on the genetics of the dog, some may have very thick hair around the ears, on the knees and on the tail but less pronounced on the rest of the body, others may develop a longer hair length. homogeneous throughout the body.

Buy or Adopt a Chihuahua, Guide and Advices.

Training of Chihuahua, Guide and Advices.

Video: Chihuahua plays with a Pitbull

That’s why the Chihuahua cannot run on the snow

Video: The thief of sausages