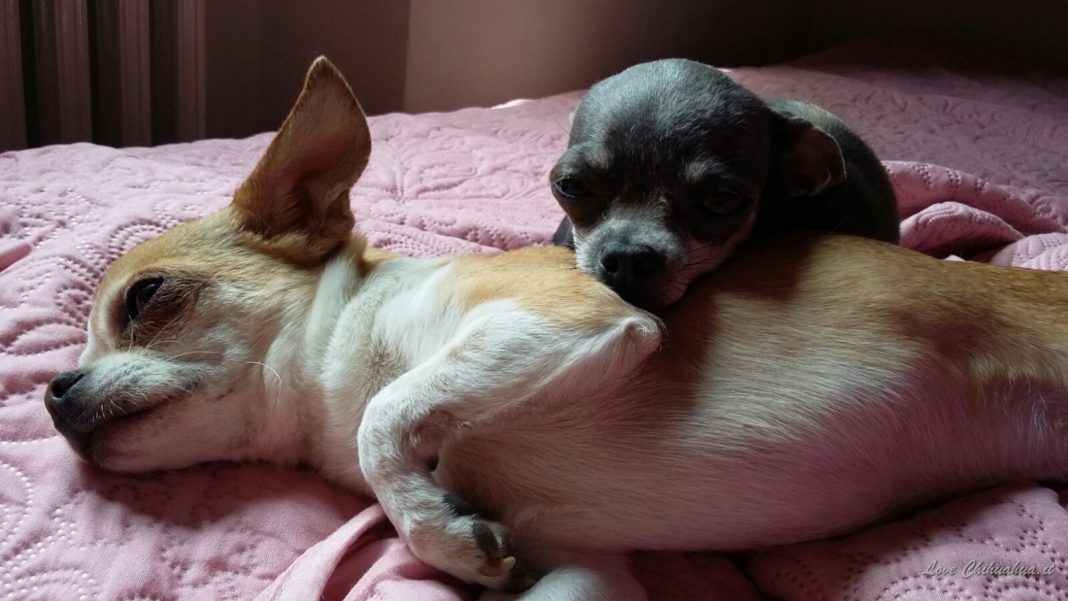 The short-haired Chihuahua is an original variant of the Chihuahua breed itself. The hair must be undoubtedly short, soft, shiny and adherent to the body. All types of coats are accepted by the breed standard drawn up by the ENCI.

Theories about its origins are varied, one of which states that it derives from ancient China and that it was brought to South America by the Spanish conquerors. The most accredited theory remains the one, which affirms that is directly native to South and Central America and which was very common among Aztec families.

For more information on its history visit this page: History of Chihuahua.

Characteristics of the short-haired Chihuahua.

The short-haired Chihuahua breed is the smallest in the world, its size varies from 15 to 24 cm. Its weight starts at 1.5 kg/3.3lb, and very rarely exceeds 3 kg/6.6lb. Despite this, its structure is compact and really muscular.

A wide forehead, well-spaced and lively eyes, scissor teeth, wide chest and a proud pose are the typical characteristics of a good Chihuahua.

The Chihuahua is recognized as the smallest breed of dogs in the world and in fact for the standard must be between 3.5 kg/7.7lb and only 900 gr/2 lb! They must also have a typical conformation of the head-called “apple” and the body should be compact and muscular. 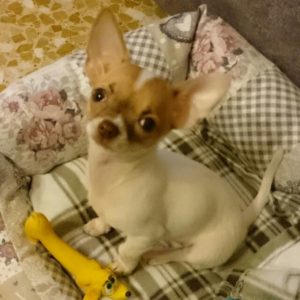 The Character of the Short-haired Chihuahua.

Its size, character and its neatness make it a great companion dog. His character is of an affectionate nature, sociable, playful and willing to stay often in the arms of his owner.
However, there are cases where a bad education, especially when it is still young, leads to be less sociable and an aggressive dog.

The Chihuahua has a tendency to be hyperactive, determined and playful. With other dogs he is very sociable and often suffers from the “small dog syndrome” by not realizing his size.

It enjoys a good health and the life expectancy varies from 10 to 18 years. It is not suitable to withstand excessive temperature changes, it hates cold water preferring the hot one, and during the winter walks some special coats are recommended. Chihuahuas are still very proud dogs of character and claim to always receive respect from both the other dogs and their owner.

The price may vary from EUR/GBP 800 to over a thousand; everything depends on the quality of the pedigree and the services offered from the farm.

Video: Chihuahua gets her first bath

How to Care for Chihuahua Ears and Eyes, Guide and Advices.

Agility and intelligence exercises for Chihuahua

ABOUT US
A portal entirely dedicated to the world of Chihuahua! A lot of information, curiosity, videos, recipes and products for fans of this breed. Then browse through the articles, experience with us in the kitchen and jump to our shop to always give the best of your dog!
FOLLOW US
© © ChihuahuaStyle.com copyright 2018 All rights reserved