Chihuahua Style
Home Informations The Character and the characteristics of Chihuahua 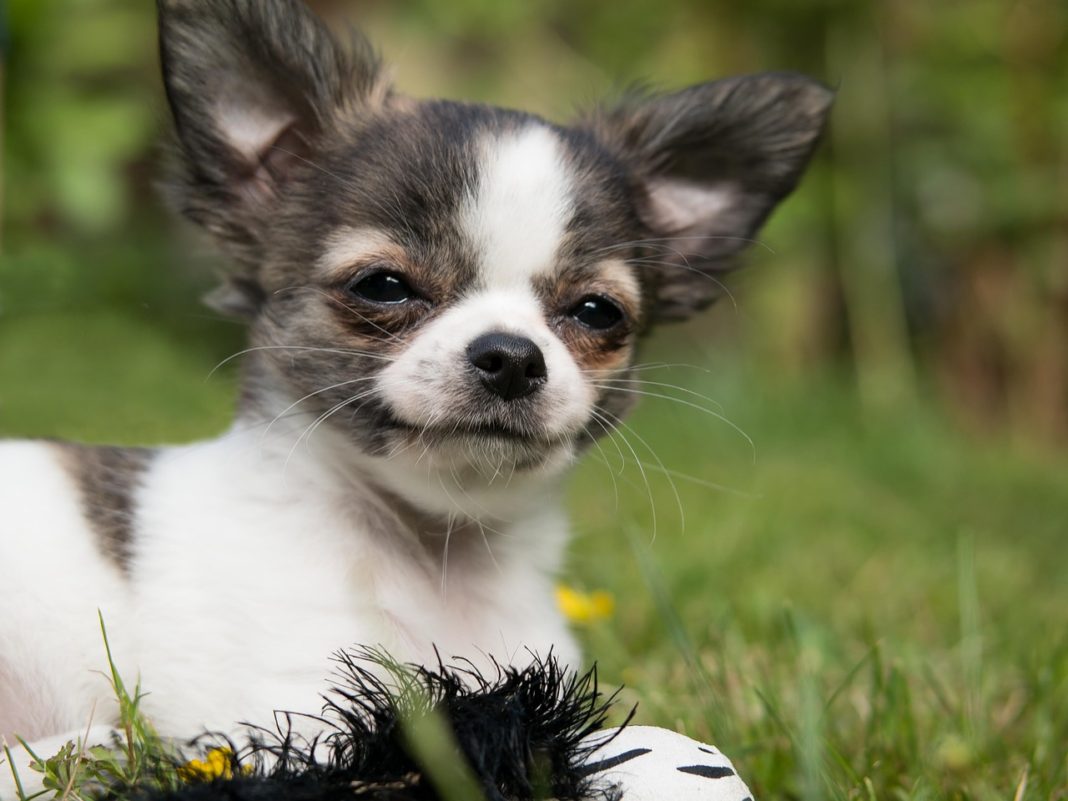 Chihuahua is the smallest dog breed in the world, originating in the homonymous Mexican state, and with well-defined morphological characteristics.

Its small size and character make it an excellent pet and a good apartment dog, ideal for keeping him with children in the house or always walking with them. 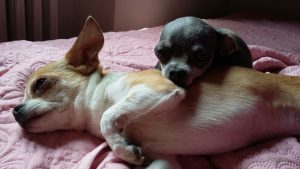 From the point of view of the character, the Chihuahua stands out for its strong and energetic vitality. It builds a strong bond with the referring person, almost always characterized by a certain possessiveness.

This aspect it also promotes the role of good guardian of the property, as constantly it is alert and attentive, and as well as particularly courageous in front of strangers.

Emblematic is in fact its apparent aggression in front of other large breed dogs.

However, in the family field, Chihuahua prevails in terms of affection and is a tireless companion of games.

These prerogatives make it an excellent pet dog.

Along with the other dogs and animals Chihuahua shows a high propensity to socialize well when used to it like a puppy, easily able to find a good balance of cohabitation with any cats in the same house.

The intelligence of this dog is known to all fans and represents the main success factor during the training work, which always reaches a very good level.

Chihuahua is an extremely obedient and diligent dog and, if it is well mannered, it will always be calm and would never show an aggressive gesture. Otherwise, if the master does not pay attention to prevent the dog developing the “conviction” of being the head of the herd of the family, then the small animal can take on an overbearing and loud behavior.

If you would like to know more about these subjects:

Characteristics of the Chihuahua.

The typical apple head undoubtedly represents the most peculiar part of the body, with its prominent forehead and just above the muzzle, this one short and slightly pointed.

The jaws cut like scissors and carry small and sharp teeth, but also particularly delicate, and for this reason that they need more care and attention than other races.

The large, round eyes, often protruding slightly, have a strong expression; at the height of these, he has the ears that are wide and erected, but with the rounded tip.

Only in the rest state they are lowered, forming generally a 45 ° angle. Even in adulthood the skull bones are not joined to the top of the head, forming the typical slot, which has fueled many beliefs in the past, such as being able to communicate more effectively with divinities.

The head relates to the rest of the body through a medium length neck, with a thick collar and a slight hint of arching. Though Chihuahua is extremely minute, its structure is solid, proportionate and compact, by allowing fast and agile movements.

Along the way there is a good overall elegance and fluency in walking, which can be well maintained for a long time, confirming a strong physical strength?

The coat of this breed can be either long or short and does not have chromatic exceptions from the point of view of the recognition of the breed: all shades combinations are permitted for the purposes of classification. In this respect, the most important than the color is the weight that has to be within a precise range of between 1.5 Kg and 3 Kg/ 3.3 to 6.6 lb.

To know if your puppy’s growth is in line with the average standard, read this article: Chihuahua Weight Table 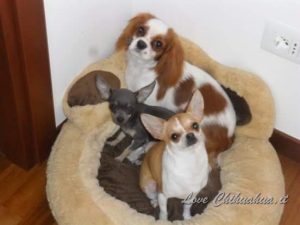 How to Identify an Original Chihuahua.

Chihuahuas are one of the most popular dogs in the United States, as well as one of the most varied.  How can you identify an original Chihuahua?  Here, the identifying characteristics of a well-bred Chihuahua, one that most closely resembles the original breed, will be discussed.

As members of the toy group, original Chihuahuas should not weigh more than 6 pounds (2.8Kg). While most breed organizations do not specify a desired height, Chihuahuas should generally stand between 5 and 8 inches (12/20cm) tall at the shoulder.

There are two types of Chihuahua coats:  long hair, and short hair.  While both types are recognized as distinct breeds, the original Chihuahua is believed to have had a short coat.  Breed experts believe that to create a long-haired Chihuahua, the original short-haired Chihuahua was bred with similar-looking breeds (such as the Papillion) to create a dog with long, flowing fur.  While both types of Chihuahuas are acceptable in the show ring, the most original form of this breed will have a dense, short coat which can feel soft or rough to the touch.

A deer head Chihuahua has a flat-topped head, larger ears, and eyes that are more widely set.  In addition, the deer-head Chihuahua’s legs tend to be longer and slenderer.

An apple head Chihuahua has a more rounded head with eyes that are more closely-set.  This type of dog also has shorter ears and legs.  The American Kennel Club only accepts Chihuahuas with the apple head conformation.

Ultimately, when identifying a Chihuahua that most closely resembles the original breed there are three traits to consider.  The dog in question should weigh no more than 6 lbs, should have a short coat, and should also be of the apple head variety.  While there are many Chihuahua variations (some accepted by the American Kennel Club and some not), these three characteristics are most important.

How Much Should Eat A Chihuahua? Given the small size of his body and his stomach, it is important to feed our Chihuahua several times a day compared to a larger dog.

For a standard sized Chihuahua it is important to give it 2-3 times a day, but for puppies weighing less than 1.4-1.6 kg (3.3 lb)you may need to feed it every 4 hours. In both cases you do not have to overdo the doses, given that the problem of overweight for these small dogs is not a rare disease.

The doses of the food for a dog of this breed naturally depend on the age of the dog, the size and the weight, if you are not sure about the dose and the type of food you give then you should contact your veterinarian for a personalized and accurate assessment.

To avoid the risk of eating stuff too quickly and to let him get the food on the stomach, it is advisable to give him  his time and space as he eats, so do not put pressure on him making him think that someone will steal his food.

Price of a Chihuahua.

The cost of a dog of this breed of small breed, with pedigree and from a recognized breeding can range from 700 to 1500.

Beware of those who offers you a puppy of this breed at lower prices, you are likely to find themselves in front of puppies from Eastern countries  that are usually not protected properly, and risk contracting serious health problems and it’s better not to get into this kind of  trade and avoid buying from these sources.

If you want more information about it, you may be interested in these two articles:

How many Chihuahua breeds exist?

There are only 2 breeds, short-haired Chihuahua and long-hairedChihuahua. All the other ways in which they are defined, such as Chihuahua toy, Nano or Mexican Chihuahua (if you do not get it in Mexico) are just BS, these races do not really exist and are just terms used to sell a puppy more easily to  interested parties.

You will find numerous other useful information in the section: Chihuahua Guides and Tips.

Chihuahua Console with a biscuit The crying baby!

Fertility and coupling of Chihuahua, Guide and Advices.

ABOUT US
A portal entirely dedicated to the world of Chihuahua! A lot of information, curiosity, videos, recipes and products for fans of this breed. Then browse through the articles, experience with us in the kitchen and jump to our shop to always give the best of your dog!
FOLLOW US
© © ChihuahuaStyle.com copyright 2018 All rights reserved